The St Vincent de Paul Society National Council seeks input from members on changes to The Rule Part III which have been proposed in an effort to clarify a number of provisions related to reputational damage.

National Council President, Claire Victory said the proposed changes will clarify the respective powers and responsibilities of State and Territory Councils and National Council to address reputational or other damage 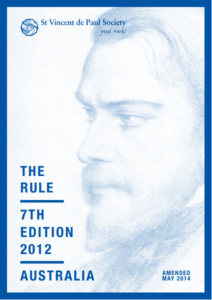 to the Society caused by the actions of a person in a lower order council, conference or a special work.

‘An issue that arises within a state or territory will generally be dealt with by the State or Territory Council, but where this is not possible, the issue will be referred to National Council for resolution,’ Ms Victory said.

‘As Vincentians, we must always try to resolve any issue through discussion and consultation to try to reach consensus and understanding of what is best for the Society, its companions and members. ‘It is important in those cases where intervention is necessary, that we have clear mechanisms and processes and that a person affected be given a right of appeal if they feel they have been treated unfairly.

Our Members are resilient: Rallying around the Illawarra