Our Drought Relief Outreach Coordinator, Bryce Taotua, has hit the road in recent months travelling within NSW and to Outback Queensland. These are his reflections. 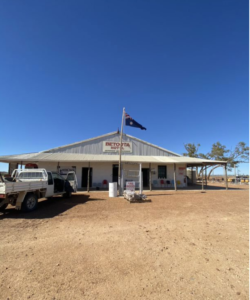 What was the purpose of the outreach?

The purpose of the outreach was to provide some on the ground community engagement to towns in local government areas eligible for funding under round 2 of the Drought Community Support Initiative. In addition to other national campaigns run by the Vinnies drought relief team, outreach has been a good way to stimulate much-needed conversation about the grant funding at a grass roots level.

This usually involved meeting with local council staff members, and key local stakeholders who would advocate and spread the word for us once we left town. Word of mouth is often the best platform to promote anything!

Where were some of the places you visited?

In the past couple of months outreach has taken me to the Riverina in regional NSW and other regional towns including Young, Hay, and down to Deniliquin. I also covered Oberon, Lithgow and Mudgee which are sort of west of Sydney. 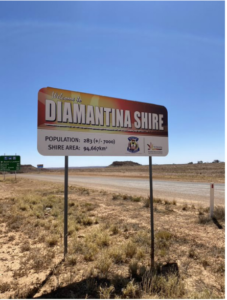 Most recently I had the pleasure of doing a bit of outreach in Queensland starting from Bundaberg and then making my way out to the far west of Outback Queensland. I was able to visit drought-affected areas from Jundah and Windorah, to Birdsville and Beetoota. Outreach ended in the top outback areas from Boulia, Julia Creek and Richmond.

What struck you the most as you travelled through these regions in relation to drought?

A couple of things stood out.

One was the contrast in landscape with regional NSW, east Queensland (Bundaberg) and Outback Queensland. Regional NSW was relatively green having recently experienced a bit of rainfall this year. The Bundaberg area was quite tropical in appearance but still relatively dry. And outback Queensland was the outback. Dry, desert. Despite these differences every area had in some way been affected by drought. But their farming communities were still working away, with minimal complaints and doing their best to get by.

Another thing that struck me was the common reaction I got from individuals who would indicate that there were probably others worse off who needed the money – that they’ve had a relatively good year so the money could probably go somewhere else. They would often put others before themselves. Yet when asked about how drought has impacted them, personally, mentally and financially over the years, not a single person could deny the impact of drought on their livelihood. Their resilience and selflessness were inspirational and heart-warming.

What memory made you feel, ‘this is why I do what I do’?

This is tough to narrow down to one.

One day in the small town of Bedourie, which is part of the Diamantina Shire Council area in Outback Queensland (17.5 hours’ drive from Brisbane), I decided to pop into the Visitor Information Centre and leave some brochures with them just in case. It wasn’t a planned visit, but I did schedule to visit the Council Office which just happened to be next door.

When I approached the centre to find a carpark (mind you the town was empty, quiet and plenty of c

arparks around) a ute suddenly did a you-turn in front of me, and parked in the spot I was going to park in. I didn’t think much of it and found another space. I did find it amusing that I was having a carpark dilemma in a small town in the middle of nowhere. 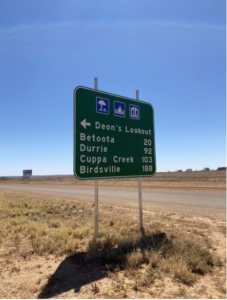 When I eventually made my way into the Visitor Centre, I was greeted by two friendly women who asked how they could help me. After explaining why I was in town, one of the ladies quickly turned to the other and said, you should speak to Jeena. To my surprise and delight, Jeena just so happened to be the wife of a nearby station manager.

Jeena, also coincidently was the driver of the ute that parked in front of me earlier. She quickly apologised and explained that she was rushing in for her afternoon shift at the visitor centre, which she does every now and then, whilst juggling her other roles which include working on the station, taking care of admin on the station, and looking after their children.

After a few questions and a couple of phone calls to our wonderful drought relief operator team in Canberra, it was quite clear that Jeena and her entire station of up to eight workers were eligible for this funding. 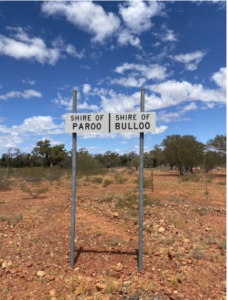 Initially she was hesitant, like most people, suggesting that there were probably others worse off. But she worked hard all year round, with limited breaks or holidays if any, juggling multiple jobs. I couldn’t think of anyone more deserving.

I then reassured Jeena that Vinnies understands the hard work put in by farmers, and farming families to get through drought seasons, to simply provide for their families and essentially support the agriculture economy of the country. That they deserved this funding and were entitled to it.

It was at this moment that Jeena with teary eyes expressed how grateful she was that we met, and for the support we were giving the community. We had a Covid-safe embrace and I was on my way. It was these often unplanned and random encounters that were the most rewarding. I felt grateful to be part of a project that provides direct drought relief to the people who need it most.

I’ve since received confirmation that Jeena and her station have been paid their grant money.

Would you encourage others to travel outback and support these local towns?

Absolutely. There are plenty of businesses in these drought-affected towns that unfortunately are not directly eligible for this grant funding. So, any support they get from visitors is huge!

How do people find out more about the Society and DCSI 2 Drought relief program?