On Friday, 30 August the Claymore Laundromat and Coffee Shop closed its doors on 18 years of serving the local community. This hardwon volunteer-run service opened the doors in 2001, however, planning started much earlier. 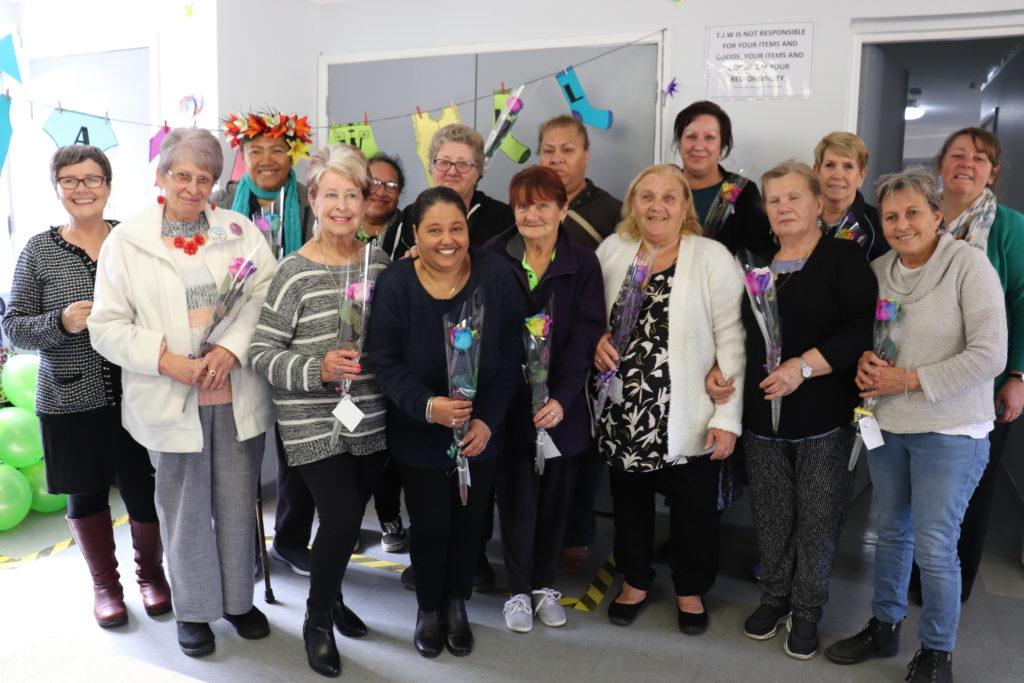 Local social housing residents identified the need for the laundromat through Art workshops run through the Animation Project of the St Vincent de Paul Society.

Then with help from South Western Area Health Service in 1999, the laundromat group conducted a survey of local residents discovering that 40 per cent had no reliable washing machine at home and 25 per cent did not get
out for a coffee and chat. At that time to get to a Laundromat in Campbelltown, residents had to catch a bus and then walk with washing, and often children, in tow.

In the year 2000, twenty local residents proudly graduated from a TAFE course designed specifically for the running of the Claymore Laundromat entitled ’Working in the Community’. For most, this would have been their first experience of adult education. Many volunteers have come and gone since then growing in confidence and pride in the work they did to help their local community.

In the extreme heat of summer and cold of winter, the volunteers opened shop specifically to provide a much-needed service to their community. We regularly heard stories of volunteers who went above and beyond to make sure those really doing it tough, could face the world in clean clothing and sleep in clean bedding.

The volunteers welcomed everyone, including supporting a homeless person sleeping in his car with free washing, a single dad with four children new to the area and welcoming and supporting a volunteer with mental health concerns to transition back into the community. Even though other local laundromats had closed, volunteers also stayed very late one Friday night to dry bedding for the Scout Jamboree at Appin that had been washed out.

Recently, proposed building works uncovered a zoning issue which meant Vinnies had to take the decision to close Claymore Laundromat and Coffee Shop. It has been a very difficult time for volunteers who have been involved for up to 14 years in one instance and the Claymore community who supported the project for so long. And while some customers who relied on the Laundromat are in a position to take up the alternatives offered, we do know that this closure will impact on the lives of those without a machine especially if they on public transport.

So many organisations supported this project to get off the ground and continue to provide valuable services to the community. The Good Samaritan Sisters, the Animation Project of St Vincent de Paul Society, FACS Housing, Campbelltown City Council, organisations represented through the Claymore Integration Project, Campbelltown Catholic Club and Mary Immaculate Mini Vinnies to name a few.

Organisations such as Junction Works, Hume Housing and St Patrick’s College have also supported the volunteers or the service in numerous ways. Local businesses including Bunnings, Harvey Norman, Campbelltown Appliance Repairs and Castle Hill Laundry Solutions have given or discounted goods and services to improve the building and running of the machines and many grants were awarded over the many years that helped support the service. 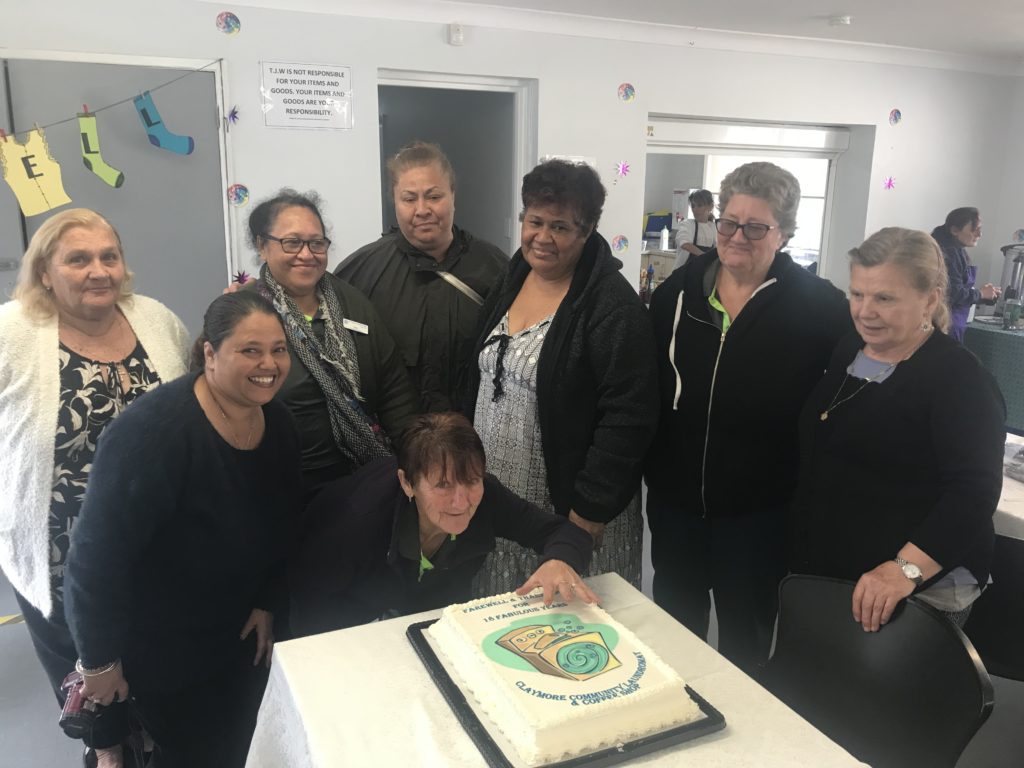 The laundromat has had many famous and distinguished visitors over the years including Bryan Brown, Tony Abbot and Mark Latham. Housing ministers and local politicians have visited to see positive social housing resident-led community development in action and to lend their support for the initiative. The Laundromat and Coffee Shop also received many offers of assistance from students near and far who had heard through their course of study about the community-driven project.

Most importantly individuals in the community gave of themselves to make the Claymore Laundromat and Coffee Shop a successful resident-run project. At its peak over 1,300 incidents of service were recorded in a year – an incredible feat given its origins and its location in what was once a garage annex to a main building. Over its 18-year history, it engaged the services of well over 45 volunteers on-site and countless others behind the scenes.

Beyond the washing, drying and coffee, the Laundromat and Coffee Shop will be most significantly remembered by the community as a place of welcome for all who sought a reprieve from life’s hardships, a simple place where residents could share some of life’s significant struggles, their joys and tears. It was a place where a simple smile and hello made the difference to someone’s day.

In a world where social connection is harder to achieve and maintain, the Claymore Laundromat and Coffee Shop will be sorely missed. However, the community will remember fondly the joint efforts undertaken by social housing residents and partnering organisations over its lifetime that highlights the winning combination that can be achieved when resident voices are heard and partnered with the powers that be.

Vinnies Youth Program: Changing the World One Smile at a Time

Be Open to Change, And Don’t Fear It