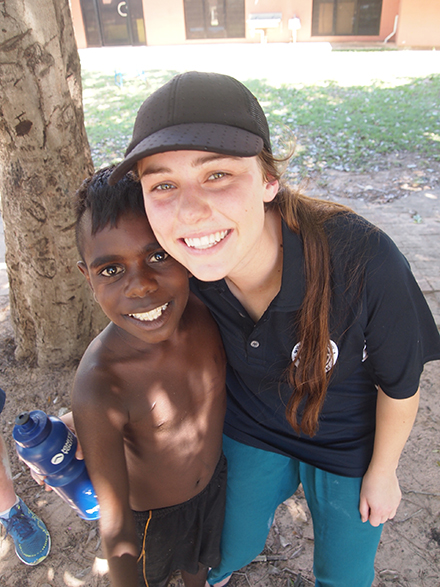 ‘MGK, Tim, Amy. Are we playing footy now?’ These were the excited cries that greeted us every morning from the kids of Nganmarriyanga. In their bare feet, they ran along the red dirt road to meet us at 8am. The smiles on their faces never faded during our two-week immersion.

On 6 April, nine St Vincent de Paul members met for the first time in Darwin. We had travelled from Perth, Tasmania, Canberra, Melbourne and Brisbane to spend two weeks in the remote Indigenous community of Nganmarriyanga—a community of 500 people, 400km southwest of Darwin. The weekend in Darwin allowed for team bonding, preparation of resources, and organisation of food for the time in the community. Importantly, this period allowed for open discussion between the immersion members and invaluable cultural awareness training provided by Dominic McCormack, a Darwin lawyer who grew up in the region where the immersion would take place and is a fluent speaker of the local language Murrinh Patha. We celebrated Mass at St Martin de Porres Catholic Aboriginal Community in Darwin, where we were welcomed and blessed before heading out to the community.

On Monday, day 3, the immersion team boarded a 12-seater light plane for a 50-minute flight into Nganmarriyanga. The community, which is often cut off by road during the wet season, consists of a primary school, a grocery store, a health centre, a church and a community centre. For the next two weeks, we were without telephones, television and newspapers. We completely immersed ourselves into the life of Nganmarriyanga. It was the beginning of ‘being comfortable with the uncomfortable’—a phrase introduced to us by our spiritual advisor, Belinda Chapman. 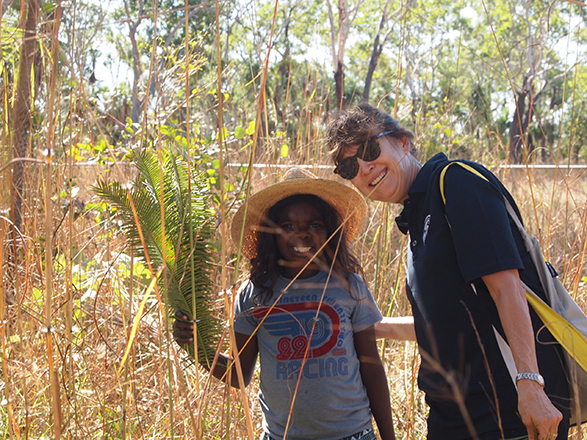 It was the most amazing experience. We spent the first week working in the school assisting the teachers in the classrooms, which ranged from a parents and babies group (emphasising FaFT—Families as First Teachers) through to high school years. The second week, during school holidays, we held fun and engaging activities for the children. These ranged from hot and hectic football games on the oval, to making slime and playdough. We enjoyed colouring-in and craft sessions and making pikelets for afternoon tea. A water activity was held every afternoon to provide much-welcomed relief from the heat—the most popular being the slip and slide. We were fortunate enough to be there during Holy Week and to celebrate Palm Sunday, Holy Thursday and Good Friday. 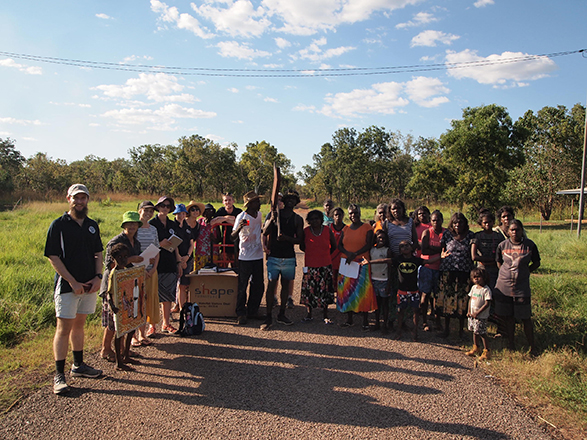 The 2019 ‘Vinnies Mob’ have all come away from the two weeks with a range of varied and cherished experiences. I will always remember collecting palms for Palm Sunday and the Stations of the Cross procession through the community.

As the Stations of the Cross began on one side of the community the group was small, but as the procession continued past the houses our group grew and became a representation of how a journey can bring people together. It was poignant to be able to journey with the community, finally finishing at the church, which consists of a tin roof over a concrete slab. Though a humble structure, it felt more church-like than many others I have been in. It was reminiscent of Pope Francis’ statement: ‘I prefer a Church which is bruised, hurting and dirty because it has been out on the streets, rather than a Church which is unhealthy from being confined and from clinging to its own security’. 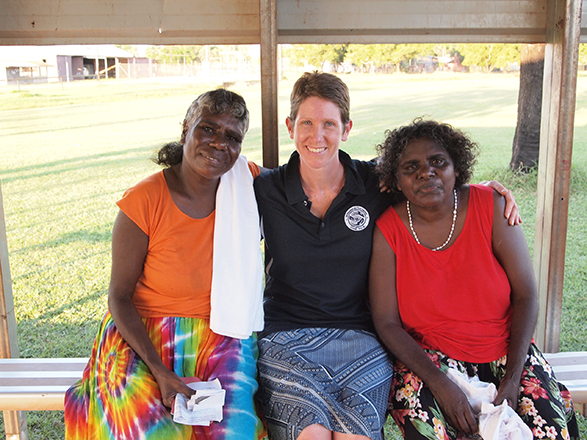 We were so privileged to share in the uplifting and energising spirit of the Catholic community, with most services filled with beautiful songs and liturgical dancing. The dedication of the Church elders and the depth of faith was inspiring and moving.

The 2019 immersion participants feel so blessed to have been given the opportunity to learn and be offered a deeper appreciation of life in a remote Indigenous community. Every day we would play, reflect and pray. It was a journey of personal growth, culture and faith. A journey that we will carry home with us to our local conferences and daily life.

We are thankful to St Vincent de Paul Society for supporting a program that is meaningful and allows for a cross-cultural understanding that would otherwise be hard to experience or grasp. Likewise, we are grateful to the elders and community members of Nganmarriyanga that welcomed the Vinnies Mob with open arms and hearts. I would highly recommend other members of St Vincent de Paul to apply and journey with God.

More information and application forms are available from https://www.vinnies.org.au/page/Our_Impact/Indigenous_Australia/Immersion_Program_2019/.

Raising the Rate of Newstart

The politics of charity and justice