By Joshua Healy and Daniel Nicholson

Workers aren’t being compensated as much as they should be for precarious work in casual positions.

One in four Australian employees today is a casual worker. Among younger workers (15-24 year olds) the numbers are higher still: more than half of them are casuals.

These jobs come without some of the benefits of permanent employment, such as paid annual holiday leave and sick leave. In exchange for giving up these entitlements, casual workers are supposed to receive a higher hourly rate of pay – known as a casual “loading”.

But the costs of casual work are now outweighing the benefits in wages. 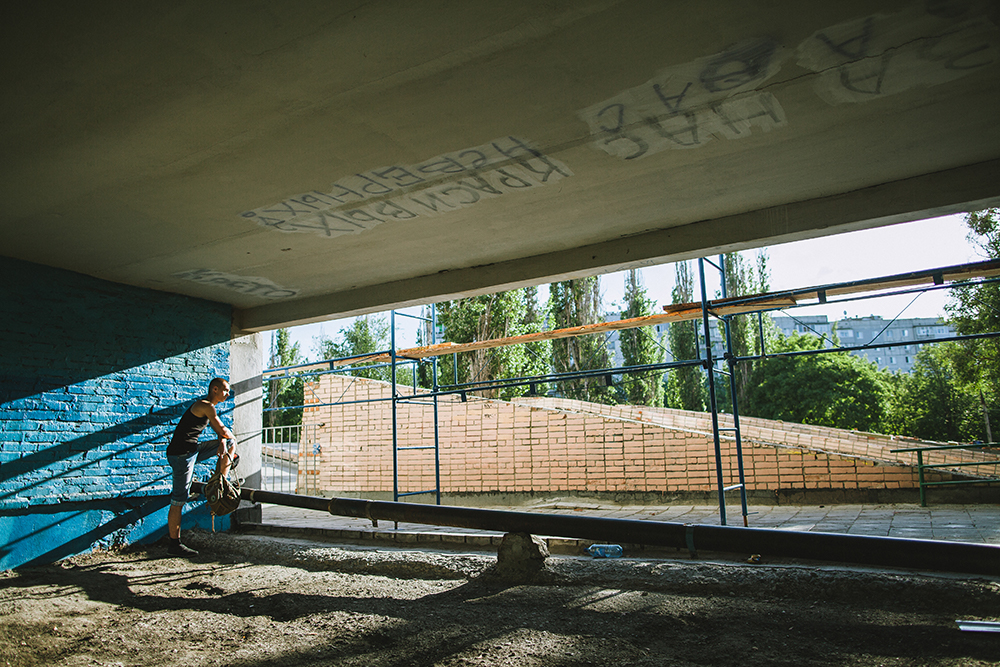 Costs and benefits of casual work

Casual jobs offer flexibility, but also come with costs. For workers, apart from missing out on paid leave, there are other compromises: less predictable working hours and earnings, and the prospect of dismissal without notice. Uncertainty about their future employment can hinder casual workers in other ways, such as making family arrangements, getting a mortgage, and juggling education with work.

Not surprisingly, casual workers have lower expectations about keeping their current job. For example the Australian Bureau of Statistics (ABS) found 19% expect to leave their job within 12 months, compared to 7% of other workers. Casuals are also much less likely to get work-related training, which limits their opportunities for skills development.

The employers of casual workers also face higher costs. High staff turnover adds to recruitment costs. But perhaps the main cost is the “loading” that casual workers are supposed to be paid on top of their ordinary hourly wage.

Australia’s system of minimum wage awards specifies a casual loading of 25%. So, a casual worker paid under an award should get 25% more for each hour than another worker doing the same job on a permanent basis. In enterprise agreements, the casual loading varies by sector, but tends to be between 15 and 25%.

The practice of paying a casual loading developed for two reasons. One was to provide some compensation for workers missing out on paid leave. The other, quite different, motivation was to make casual employment more expensive and discourage excessive use of it. However this disincentive has not prevented the casual sector of the workforce from growing substantially.

One approach in determining whether casual workers are paid more is simply to compare the hourly wages of casual and “non-casual” (permanent and fixed-term) employees in the same occupations. This can be done using data from the 2016 ABS Survey of Employee Earnings and Hours.

We compared median hourly wages for adult non-managerial employees, based on their ordinary earnings and hours of work (i.e. excluding overtime payments). If the median wage for casuals is higher than for non-casuals, there is a casual premium. If the median casual wage is lower, there is a penalty.

The 10 occupations below accounted for over half of all adult casual workers in 2016. In most of these occupations, there is a modest casual wage premium – in the order of 4-5%.

Comparing the wages of casual and non-casual workers

The size of the typical casual wage premium is much smaller, in most cases, than the loadings written into awards and agreements. Only one occupation (school teachers) has a premium (22%) in line with what might be expected.

Three of the 10 largest casual occupations actually penalise this sort of work. And overall for these 10 occupations there is a casual wage penalty of 5%. This method of analysis suggests that few casual workers enjoy substantially higher wages as a trade-off for paid leave.

Taking a closer look involves controlling for a wider range of differences between casual and non-casual workers. One major Australian study in 2005 compared wages after taking account of many factors other than occupation, including age, education, job location, and employer size.

All else equal, it found that part-time, casual workers do receive an hourly wage premium over full-time, permanent workers. The premium is worth around 10%, on average, for men and between 4 and 7% for women.

These results imply that most casual workers (who are in part-time positions) can expect to receive higher hourly wages than comparable employees in full-time, permanent positions. However, the value of the benefit is again found to be less than would be expected, given the larger casual loadings mentioned in awards and agreements.

It seems that while there is some short-term financial benefit to being a casual worker, this advantage is worth less in practice than on paper.

A recent study, using 14 years of data from the Household, Income and Labour Dynamics in Australia Survey (HILDA), finds no evidence of any long-term pay benefit for casual workers.

The study’s authors estimate that, among men, there is an average casual wage penalty of 10% – the opposite of what we should see if casual loadings fully offset the foregone leave and insecurity of casual jobs. Among female casual workers, there is also a wage penalty, but this is smaller, at around 4%.

This study also finds that the size of the negative casual wage effect tends to reduce over time for individual workers, bringing them closer to equality with permanent workers. But very few casual workers out-earn permanent workers in the long-term. 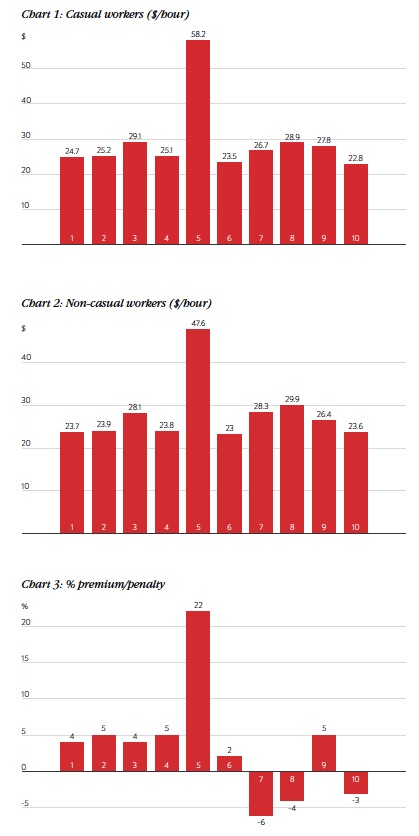 The evidence on hourly wage differences leads us to conclude that casual workers are not being adequately compensated for the lack of paid leave, or for other forms of insecurity they face. This makes casual jobs a less appealing option for workers.

This does not mean that all casual workers dislike their jobs – indeed, many are satisfied. But a clear-eyed look at what these jobs pay suggests their benefits are skewed in favour of employers.

Despite this, the choice for many workers – especially young jobseekers – is increasingly between a casual job or no job at all. Half of employed 15-24 year olds are in casual jobs.

In a labour market characterised by high underemployment and intensifying job competition, young people with little or no work experience are understandably willing to make some sacrifices to get a start in the workforce. The option of “holding out” for a permanent job looks increasingly risky as these opportunities dwindle.