Australia has been bogged in mediocrity for some time. It has sunk in critical areas: climate action, renewable energy, wildlife protection, education, broadband and other infrastructure. But there is one area in which Australia has been remarkably exceptional: cruelty against people who came by boat to seek asylum. 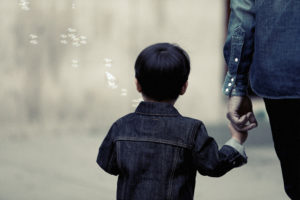 If we hit pause for a moment on the moral ramifications of treating humans inhumanely, we can see clearly how innovative we have been at it. It does not matter which party is in government; neither seem to run out of ideas. The European far-right absolutely envies us for this.

Contracting private security firms to run facilities on sovereign islands. Designating a cut-off date for arrival after which no seaborne asylum seekers could ever be settled in Australia, even if found to be refugees. Criminalising public disclosure by offshore detention workers about conditions there. Keeping those conditions as humiliating as possible. Deliberately prolonging the determination of protection claims.

The driving concept has been deterrence, but this falls short in explaining why income and housing support has been cut for up to 90 asylum seekers and refugees already in the system. They are part of a group of 400 from Manus Island and Nauru who were brought to Australia for medical treatment and other critical needs. They are being shunted onto a ‘final departure bridging visa E’, valid for only six months and which comes with a right to work (which refugee supporters lobby for). The catch is that they must find a job and shelter in three or six weeks.

These are people living precariously: pregnant women, families with young children, and elderly people from backgrounds of strife and encampment. A right to work does not capture all their needs, nor automatically meet them. Yet they are being ‘transitioned out’ of Status Resolution Support Services (SRSS) based on ‘job-readiness’.

The move not only illustrates the arbitrary nature of immigration policy, which sets people up to fail; it is institutionalised sadism. As Human Rights Law Centre director Daniel Webb puts it: ‘These families have endured years of suffering and abuse in offshore detention and then more years of daily uncertainty in the community. They just want to get on with rebuilding their lives. But instead our government is ripping the roof from over their heads and forcing them into destitution.’

Based on a plan revealed last year, thousands more could lose the measly allowance for which they had been eligible while waiting for the government to decide their case. SRSS is not just income support (around $240 per week) but help with casework and accommodation, as well as trauma counselling. Many recipients have been in the community for years, attending school or university.

A proper orientation toward such supports would recognise that they are provided to help people live. Human dignity is not conditional nor negotiable. It is not something that must be earned. It is the foundation of an honourable society.

Time on earth is short. Yet we have let one immigration minister after another squander what time asylum seekers and refugees have left—after they had left homelands, after surviving brutalities of detention. How much longer must they wait to really live? Must we remain so exceptionally cruel?

Fatima Measham is a Eureka Street consulting editor. She hosts the ChatterSquare podcast, tweets as @foomeister and blogs on Medium. This article was first published on Eureka Street.

Grassroots commitment to our companions