Winter 2018 was the driest in New South Wales history with 100 per cent of the state declared in drought. While spring brought some rain to parts of the state, it hasn’t been enough to end the drought or ease the worry for farmers as they head towards an unusually hot, dry summer.

With the drought causing hardship across regional communities, the St Vincent de Paul Society of NSW decided to step in and help, launching a significant fundraising appeal in early August. More than $800,000 has been raised so far, with more coming in from government support.

The Vinnies Drought Appeal is helping individuals and communities across NSW in three key ways:

Different Vinnies Central Councils have been offering assistance in a variety of ways, depending on local needs. 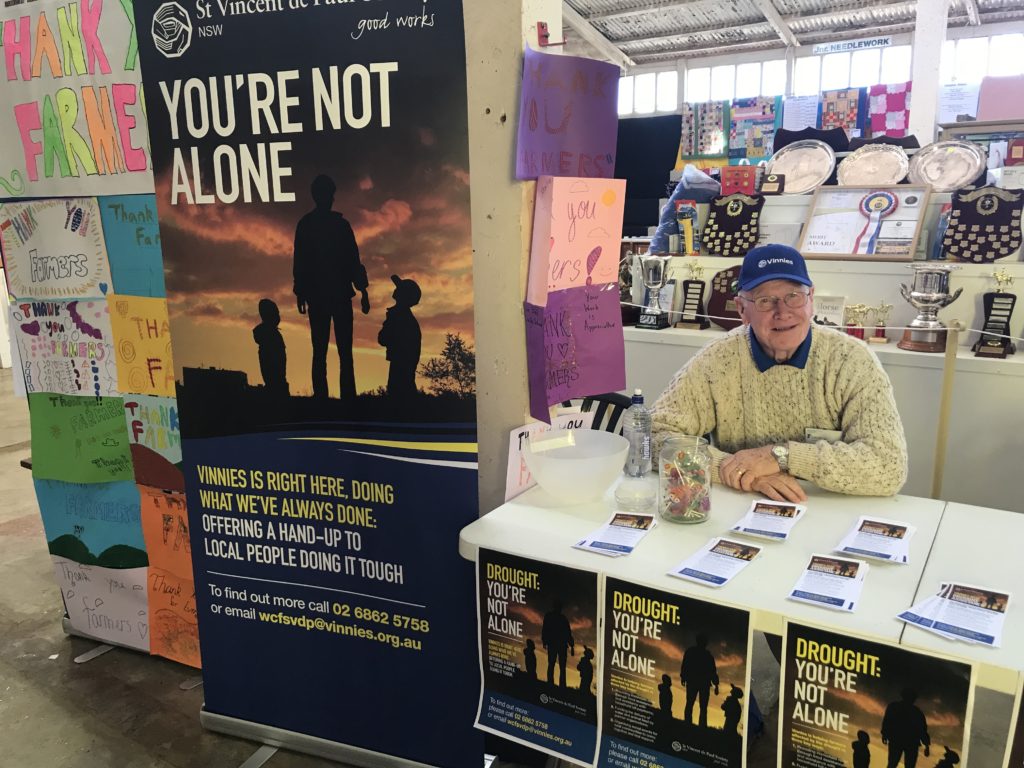 Bathurst Central Council has held a number of community barbecues for farmers throughout Central West NSW. These events are a great opportunity for farmers to spend some time together, get support from their peers, share a meal and reinforce the community spirit and resilience during this difficult time.

The Society has made drought assistance forms available and provided farmers with vouchers to purchase goods from their local stores to support local businesses that are also affected.

Farmers have been incredibly grateful for the support, sending their appreciation for our efforts and the amazing donations that have been made to the Vinnies Drought Appeal.

‘We have not had a get together of that size since 2014. I think it has been the first time since then that some have even spoken to each other. So, it really did bring us together and I saw so many talking through and sharing their struggles. We are all in it together.’

By October, the Wilcannia/Forbes Central Council had taken 180 calls for assistance since the Drought Appeal was launched. We have responded by providing almost $125,000 in financial assistance, as well as $70,000 in Energy Accounts Payment Assistance and Telstra vouchers. Our members have also travelled extensively, conducting almost 700 farm visits. This has involved dropping off flyers in letterboxes and talking to farmers about what they are going through and how we may be able to assist.

Wilcannia/Forbes have been involved in community events that bring farmers together. Vinnies provided financial support to run these events and have been present to further spread the word about how we can assist. These events have been held in towns such as Tibooburra, Nundooka, Dareton, Pooncarie and Cobar.

At the Cobar event, the Society contributed towards the catering, covered the entertainment costs and, due to a Drought Appeal donation specifically for Cobar, we were able to distribute IGA vouchers. The event saw 380 farmers come together to enjoy a night off with lots of gifts, fun for the children, a lovely meal, motivating guest speakers, entertainment and the opportunity for agencies such as ours to offer support. We are continuing to make arrangements to support future events. 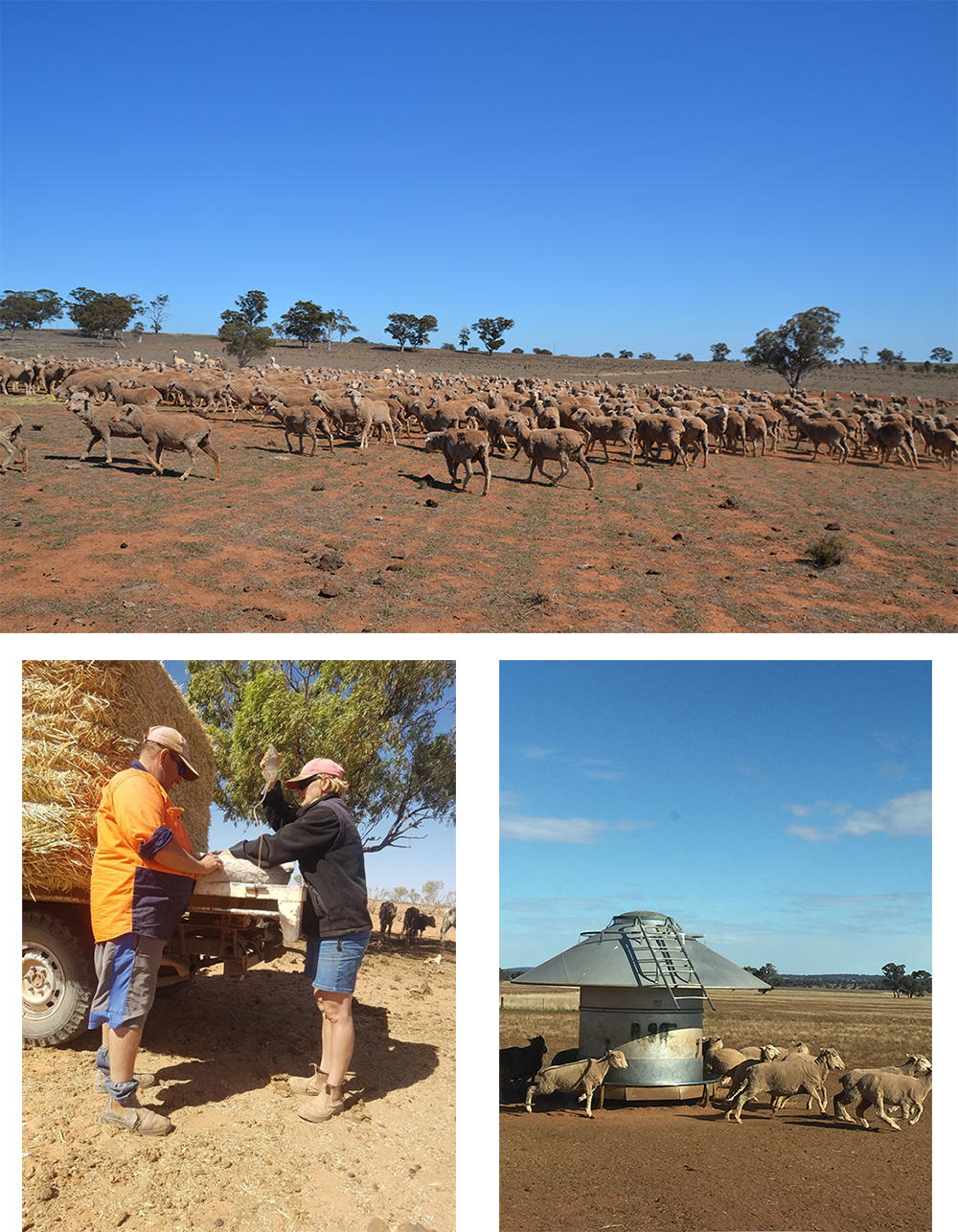 A large donation of nearly $79,000 from the Estate of the late Thomas Casey was added to the local Vinnies drought relief efforts in the Hunter region.

Mr Casey was a grazier of Kayuga, via Muswellbrook. A bachelor, he passed away at the age of 88 in 1975, leaving the bulk of his estate to the St Vincent de Paul Society to relieve distress wherever it was identified.

At the time, Mr Casey’s estate was valued at $280,000 and he directed that the funds be left with trustees to administer in perpetuity. He also requested that consideration be given, at times, to people in need in the Maitland Diocese and, in particular, in the Muswellbrook area.

The St Vincent de Paul Society receives a quarterly dividend from the trust, and over the last 42 years has received more than $2 million. The income has been used in the Vinnies’ Maitland/Newcastle Central Council area to assist those who are disadvantaged or at risk of homelessness.

The money from the Drought Appeal has helped with payments such as household bills and education expenses; food assistance; household water; residential and water rates; fuel; health and wellbeing requirements; vehicle repairs and expenses; and transport costs not covered by government subsidies.

More than $65,000 was raised for the drought appeal thanks to generous donors and supporters. Special mention must be made to Boorowa churches, local schools and radio station 2CC for endorsing and supporting the appeal.

One of our companions from Yass approached the Society seeking assistance with bills that were starting to cause significant strain. During the interview process, it became evident that he had around $3,000 worth of household bills that were already on payment plans and starting to accumulate. These bills were in addition to the feed/fodder and transport costs that we were unable to consider for assistance within our current emergency relief guidelines. Property rates were also a concern for him, and so the Society suggested he contact his local council and ask to be placed on a hardship payment.

He insisted throughout the interview that he only wanted support if the money was coming from drought-specific assistance, as he didn’t want to take away from a person experiencing homelessness. He maintained that although things were tough, he would rather the homeless receive financial help if it was from the same pot of funds.

The Society helped the man by paying his pharmacy bill, providing Energy Accounts Payment Assistance vouchers, making a financial contribution towards a $1,600 electricity bill, and offering Telstra vouchers. Vinnies also provided food vouchers to the companion and supported him to connect with the Rural Financial Counselling service.

The Institute of Modern Taekwondo made a cracking effort for the Vinnies Drought Appeal, hosting a break-a-tile fundraiser. Taekwondo enthusiasts and community members were able to take part, donate $2 and break one of the 1000 tiles at Empower Fitness Brookvale. The event saw great support from the local community with spectators, businesses, students and instructors coming along to support the team, who raised nearly $2000. 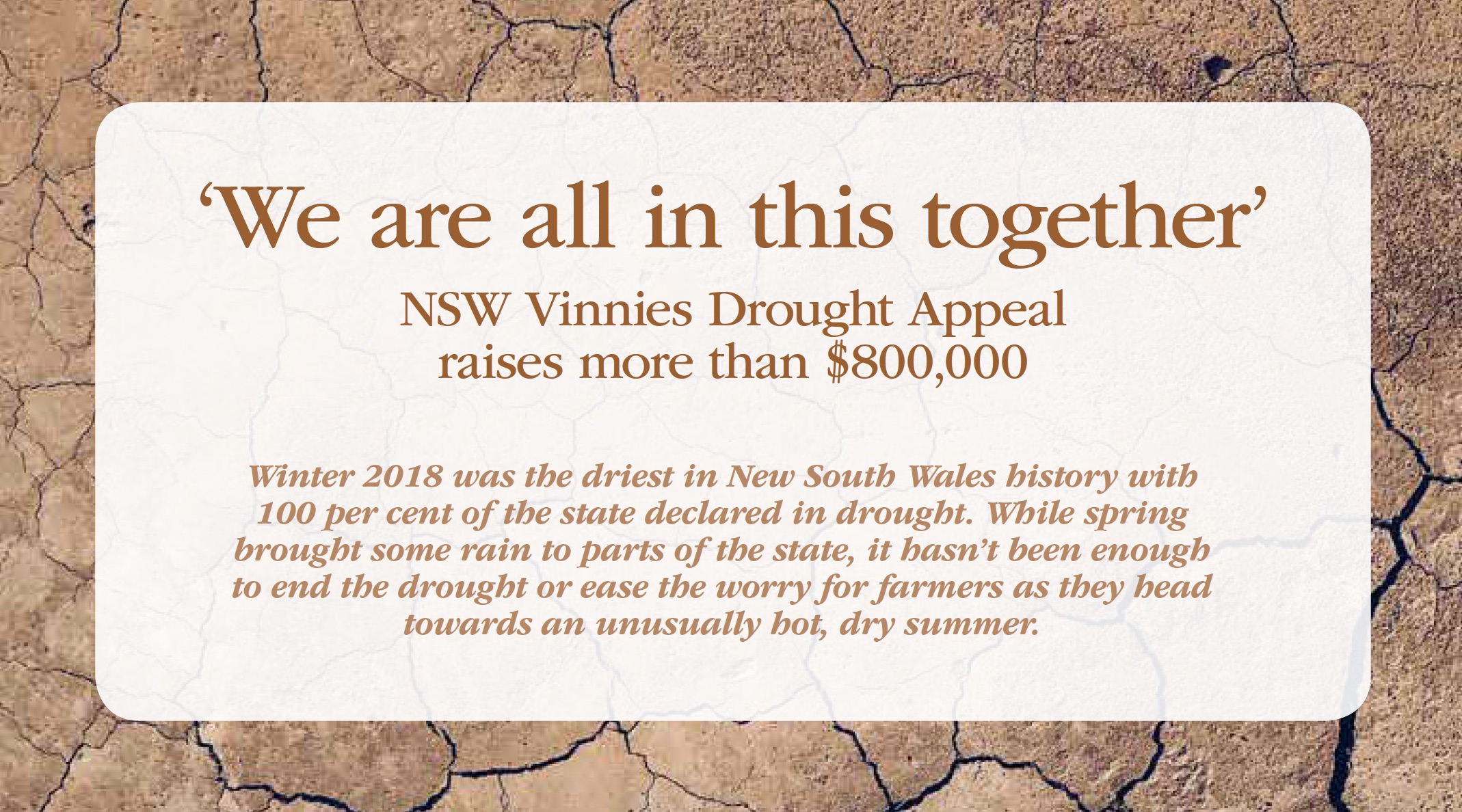 Vinnies - Saviour of the lost and forsaken