The National Centres Committee organised its inaugural ‘Dressed by Vinnies’ Day on Friday 26 October. The national event encouraged all Australians who love a fashionable bargain to visit their local Vinnies Shop, find something they love, wear it on the day and share a photo on social media by using the hashtag #DressedbyVinnies. 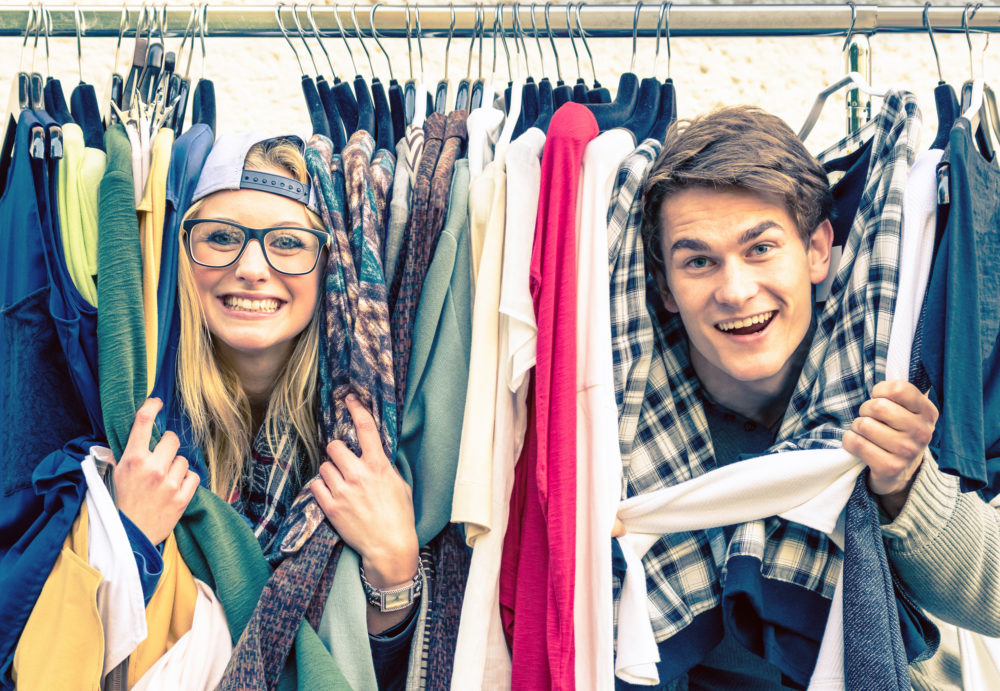 ‘Being dressed by Vinnies is easy, as thousands of people already know. This year we are encouraging our loyal customers, and people who may never have shopped at their local Vinnies, to uncover a fantastic fashion item—a dress, shoes, or even a whole outfit—and show everyone what they found through social media.’

The national event was promoted in store, by media release and on social media. The media coverage was impressive, with more than 50 mentions across television, radio and in print media. On the day, we saw more than 200 posts on social media with people showing and sharing their Vinnies finds and almost 1000 people following the Vinnies Instagram page. The popular opinion and lifestyle website Mamamia supported the event with a photoshoot and posting on the day. High profile media personalities Joe Hildebrand and Tracy Vo also promoted their Dressed by Vinnies outfits on television to mark the day.

Several corporate organisations took up the opportunity to organise a morning tea or fashion parade. The Commonwealth Bank of Australia made a serious effort with a photo shoot of their staff in the lead-up to the event which ensured great reach on social media and enthusiastic participation in their branches across the country. In the bank’s Sydney head office, 150 staff participated on the day.

Other organisations joined in by matching the purchase amounts of their staff as a donation to Vinnies. Grant Thornton donated funds that were used to purchase Vinnies clothing for staff who did not have time to shop at Vinnies—these clothes were donated back to Vinnies at the end of the campaign.

The National Centres Committee was very pleased with the success of the event and looks forward to bigger and better things in 2019 when Dressed by Vinnies Day will take place on Friday 25 October.

Vincentians for life - what's your purpose?

'Angels with scissors' a cut above the rest