Despite its reputation as the ‘lucky country’, Australia has a hunger problem. In fact, not just a problem but a crisis. The Foodbank Hunger Report 2017 revealed that a staggering 3.6 million Australians experienced food insecurity at least once in the previous 12 months. More recently, Foodbank’s first ever research report on food insecurity in children, Rumbling Tummies, found that more than one in five children in Australia has experienced food insecurity in the last year. These shocking statistics should serve as a wakeup call to all levels of government as well as the broader community, and prompt the development of a long-term, whole of government strategy on food security. 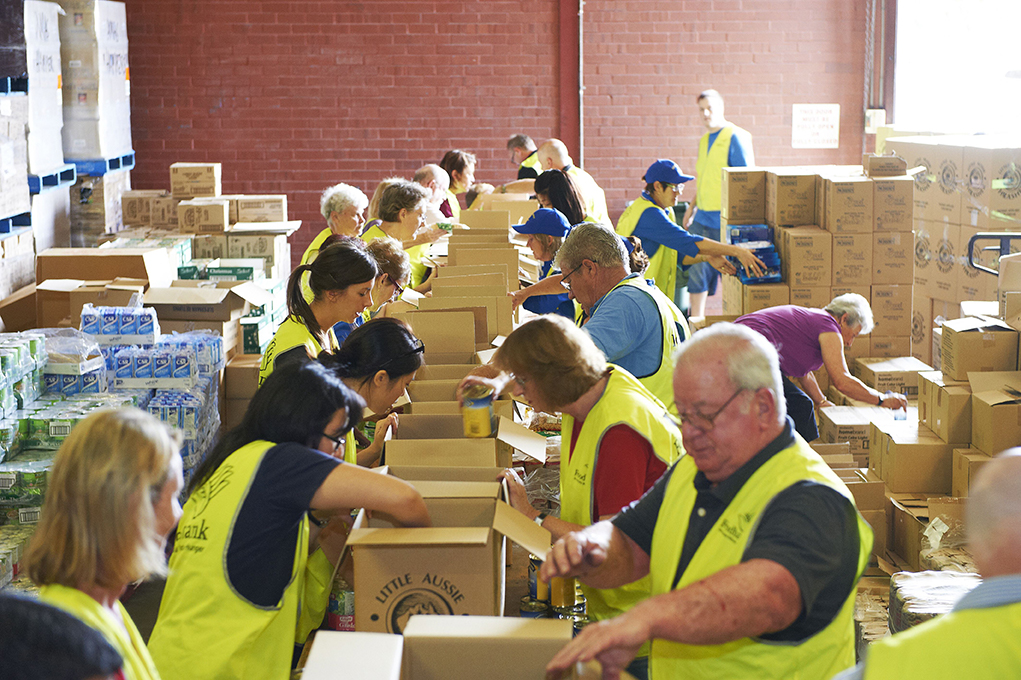 Foodbank Australia sees food insecurity as the ultimate canary in the coal mine. When something is going wrong in a household, a community, an industry, the workforce, a region or the economy more broadly, food tends to be the first thing to become a discretionary item. At the moment, ‘bill shock’ arising from an unexpected expense or large bill (especially gas and electricity) is the top cause of food insecurity in Australia, closely followed by not having enough money in the first place, and rental/mortgage payments. With so many Australians living on or near the poverty line, it’s not surprising that utility costs, support payments not keeping pace with costs of living, and housing affordability are catalysts for food insecurity. Put simply, when you’re living pay cheque to pay cheque, it doesn’t take much to tip the household budget out of balance.

Food insecure Australians come from a diverse range of backgrounds, but the most common group assisted by Foodbank’s charity network is categorised by some as the ‘working poor’. In fact, almost half of food insecure Australians are employed in some way. Underemployment is often more of a problem than unemployment and is becoming increasingly so. The second largest demographic is young people, with young Australians, including children, more likely to experience food insecurity than the general population. Children represent more than a quarter of those receiving food relief from our charity network. The third largest demographic is rural and regional Australians. Almost a third of Australians experiencing food insecurity live in regional and remote areas, and that’s before we even take into account the current drought devastating large swathes of the eastern seaboard.

As Australia’s largest food relief organisation, providing essential food and groceries to more than 2400 frontline charities, including St Vincent de Paul Society, Foodbank has a unique window into the circumstances that can tip vulnerable Australians into food insecurity. We also have the scale, capacity and expertise to ensure more than 239 000 school breakfasts are delivered a week across 1750 schools nationally, and that food relief is provided to more than 652 000 people a month. But we know that’s not even close to meeting the growing demand, with only 37 per cent of our charities meeting the full needs of the people they are assisting. We have to do better.

Foodbank Australia is calling on the Australian Government and Opposition to support the development of a food security strategy. This strategy should look not only at the causes of food insecurity—which will necessarily mean raising the rate of Newstart—but also innovative policy solutions to deliver increased volumes of food and groceries through the food relief sector, such as meaningful incentives for farmers, manufacturers and transporters to donate and transport more food and grocery products rather than dump them (which is often a cheaper option). The strategy must also look at the capacity of the charity/volunteer sector to accommodate more food and grocery volumes, factoring in an ageing volunteer base, geographic gaps and high utility costs for charities themselves. Above all, we need all levels of government to play a part and acknowledge that it requires a whole of government approach. Food insecurity is far from being a Social Services portfolio problem. The problems and solutions lie as much in Treasury, Education, Health and Agriculture as they do in Families and Social Services.

We have a wonderful opportunity to tackle this issue head on. We have an impressive record of partnering with people and businesses all the way along the supply chain to source and distribute more food, and we have a passionate and determined network of fellow members of the Australian Council of Social Services advocating for long-overdue changes to support services and payments. By harnessing our collective expertise and enthusiasm, we may finally be able to stop treating the symptoms of food insecurity, poverty and inequality and actually start treating the causes. Now there’s a federal election commitment we’d like to see!

Time for a lift