The St Vincent de Paul Society National Council of Australia is working to shape a more just and compassionate community by being a voice for the voiceless. In its role of advocating for the rights of marginalised groups in the community, the Society’s National Council office regularly makes written submissions, or reports, to government inquiries, independent commissioners, government agencies and human rights bodies. The following is a summary of the key advocacy areas the Society has been working on in recent months led by National Council CEO Dr John Falzon, Director of Policy and Research Corinne Dobson, and Policy and Media Advisor Len Baglow.

The Society joined an alliance of civil society groups in welcoming the Commonwealth Attorney General’s announcement that Australia had ratified an international human rights treaty known as the UN Optional Protocol to the Convention Against Torture (OPCAT) on 15 December 2017.

The treaty will apply to all places of detention including prisons, police cells, immigration detention and secure mental health, and aged care and disability facilities. By ratifying OPCAT, Australia will commit to establishing a ‘national preventative mechanism’ to visit places of detention, make recommendations and report publicly on its findings and views.

Corinne Dobson, co-founder of the Australia OPCAT Network and Director of Policy and Research at the St Vincent de Paul Society, said: ‘From the abuse of children at Don Dale, to the degrading treatment of older residents at the Oakden mental health facility, we’ve seen how things can go tragically wrong. OPCAT provides a unique opportunity to prevent such instances of abuse and neglect—not just reacting after abuses occur.’

The OPCAT network noted that while ratification was a crucial and symbolic first step, much work remained to be done to make the treaty operational. Australia has elected under the terms of the treaty to postpone its substantive obligations for three years in order to get the domestic monitoring framework up and running.

‘While ratification of OPCAT provides an opportunity to prevent abuse and neglect in places of detention, this opportunity will amount to nothing unless it’s grasped by government and the necessary legislative, funding and operational changes are made,’ said Ms Dobson.

The OPCAT network called on governments at both Commonwealth and state/territory levels to engage with civil society groups when designing the oversight framework. To view the 22 members of the civil society alliance group, visit www.vinnies.org.au/opcat. 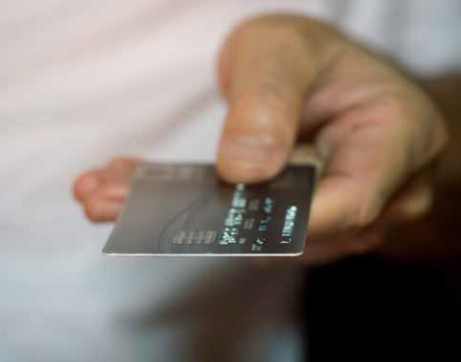 The Society continues to campaign against compulsory income management and has raised many concerns about the continuation of the cashless debit card, including the lack of supporting evidence, significant shortcomings in the evaluation of the trial, the considerable expense involved, and evidence of increased hardship for some individuals and families.

However, the Commonwealth Government is proceeding to trial the cashless debit cards in Kununurra, Western Australia and Ceduna, South Australia for a further 12 months, plus it has added the Kalgoorlie-Boulder region in Western Australia as a trial site. The Social Services Legislation Amendment (Cashless Debit Card) Bill 2017 was passed in parliament on 13 February 2018. Fortunately, the original recommendation in the Bill, to extend the cashless debit card trials to the Hinkler region in Queensland, has been scrapped.

The Society made a submission to a Senate Inquiry into the Bill and closely followed the subsequent debates in parliament. As expected, the Senate Inquiry report released in late 2017 did not reach a consensus on the card, but rather the recommendations were split along party lines. The Greens, Labor and the Nick Xenophon Team voiced opposition to this Bill, although it was disappointing to see Labor and the Nick Xenophon Team ultimately agree to the extension of the Kununurra and Ceduna trials for a further 12 months.

The Society’s National Council CEO, Dr John Falzon, said: ‘The cashless debit card is an expensive and ineffective measure that takes choice, control and dignity away from people trying to live off very little. The government has ignored evidence of the detrimental effects of the cashless welfare card, cherry-picking and misrepresenting the findings of the evaluation to justify a measure that is driven by ideology rather than evidence.’

To find out more about this issue, read the Society’s briefing paper on the cashless debit card at: https://www.vinnies.org.au/page/Publications/National/Factsheets_and_policy_briefings/What_s_wrong_with_the_cashless_welfare_card/.

Housing and homelessness policy in Australia is at a critical juncture. Housing stress has reached historical highs, there is a severe shortage of social housing, and a growing number of low-income households are priced out of the private rental market. Against this backdrop, the federal government is developing a new National Housing and Homelessness Agreement (NHHA), which will replace the existing national agreements that provide funding to state and territory governments for housing and homelessness programs.

On 6 December 2017, the Society made a submission to the Senate Inquiry into the Treasury Laws Amendment (National Housing and Homelessness Agreement) Bill 2017, which gives effect to the new national agreement. In its submission, the Society supported the development of a new agreement in principal but argued the current Bill carried many risks and flaws and required significant revision. The submission stated:

In particular, the Bill is not linked to a national housing and homelessness strategy and plan, nor is it supported by the necessary governance and institutional arrangements. Housing is affected by policies at all levels of government, with the federal government carrying responsibility for some of the key drivers (e.g. taxation, social security, infrastructure). Yet this Bill allows the federal government to evade its policy responsibilities, shifting the onus for achieving housing outcomes solely onto the states and territories.

On 6 February 2018 the Senate Inquiry into the National Housing and Homelessness Agreement 2017, chaired by Liberal Senator Jane Hume, handed down its report recommending the establishment of the new NHHA. Labor and Greens Senators objected to the legislation. The Society continues to call on the Commonwealth to develop a comprehensive national strategy to address affordable housing and homelessness. Adequate, indexed and long-term funding should be part of a renewed plan to halve homelessness by 2025—a plan that addresses the drivers of homelessness (including the supply of affordable housing), rapidly rehouses people who are homeless, and provides adequate and flexible support for those needing to sustain housing.

Read the Society’s submissions on housing and homelessness at: https://www.vinnies.org.au/page/Publications/National/Submissions/Housing_Submissions/Inquiry_into_National_Housing_and_Homelessness_Agreement_Bill_2017/

Student poverty: a wall on the bridge of higher education

Discipleship and practice of reverse hospitality