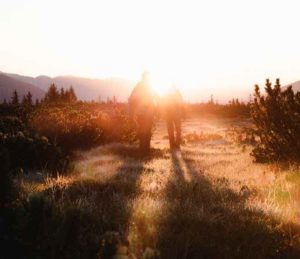 Mario Trinidad is facilitating a new style of conference that the Society’s South Australia branch is trialling in Elizabeth, north of Adelaide. It includes a ‘community response team’ working with people who have contacted the Society on multiple occasions over 12 months.

Key to the initiative is a willingness to serve as companions to people who need help.

This is an edited extract of a speech Mario gave at the Society’s National Council retreat at the Aboriginal Catholic Community Centre in May.

Companionship is a more appropriate and accurate way of describing our relationship with the people we assist because it emphasises in the first instance our shared humanity. The shared dignity of all human beings comes from the fact that we are all made ‘in the image and likeness of God’ who walks with his people (Gen 1:26–27).

The Vincentian vocation is to go to where this human dignity is most despised. As The Rule of the St Vincent de Paul Society (1.6) points out, we go ‘to those who are most rejected by society’, the ‘poorest of the poor’.

Last year, a social work student and I went to visit Anne, a woman living alone in a Housing Trust home in Elizabeth, one of the most disadvantaged suburbs in South Australia, and indeed in the whole country.

Anne has no interaction with her neighbours. She wants to move to a better neighbourhood, where she will be able to, in her words, ‘get away from drug addicts’. She depends on the public transport system to get around, which is not always reliable. Anne is a survivor of domestic violence. Her daughter and her four grandchildren live a few suburbs away, but she seldom sees them. Her daughter has also experienced domestic violence. Once in a while the grandchildren get ‘deposited’ by their mother to stay with their grandmother, one of the few occasions when she has meaningful human interaction.

Anne is apologetic for being reliant on Vinnies for a number of years. She was diagnosed with cancer early this year and has been in and out of hospital for the last few months. She expects this will continue over the next few months, and is now more alone than ever, because her grandchildren are scared of seeing her without hair due to the chemotherapy treatment.

I offered to contact the local parish to see if they have a visiting service for the sick. She rejected the offer by simply saying, ‘I will be fine. I know how it is to struggle. I don’t know any other way’. I also offered to call her or visit her every week. She was pleased with this.

Experience as a Missionary and social worker

As a young man, as a member of a Belgian missionary order, I worked in my native Philippines with young factory workers, landless peasants in rural Guatemala and urban poor families in Mexico City. I addressed them and referred to them by their names. We were all compañeros (companions) and we described our ministry as acompañamiento, accompaniment.  It was only later as a professional social worker in Australia that I, as with other ‘service providers’, grappled with how to describe the relationship between those who assess and commission services, and those who are the recipient of those services. ‘Client’, ‘patient’, ‘customer’, ‘consumer’, ‘expert by experience’ and ‘service user’ are often used.

Such labels imply an ‘othering exercise’ with its own assumptions about the nature of the relationship.

They distance the service provider from the recipient and maintain the separation between the two. They imply a one-way, non-reciprocal movement in the relationship which ‘objectifies’ the other person, by focussing mainly on their need. Occasionally, perhaps, social workers do rise beyond seeing the client’s need and discover the person. But in general, social workers maintain a functional relationship with their clients.

In the process, as Jewish philosopher Avishai Margalit points out, our welfare institutions and bureaucracies, and therefore many of those who work in them, humiliate people through objectification (treating them as numbers), snobbery (treating them as ‘others’ who do not belong to the in-group), and paternalism (treating them as immature).

Part 1 of The Rule reminds us that:

The vocation of the Society’s members, who are called Vincentians, is to follow Christ through service to those in need and so bear witness to His compassionate and liberating love. Members show their commitment through person-to-person contact.

We have tried the cumbersome term people we assist or participant, but these terms still focus on programs and not on the totality of the person in the first instance.

What is distinctive about the Vincentian mission is that we have deliberately and freely chosen who our companions are going to be.

While we choose to be companions, a first act as it were, it is really a second act—a response to the people we assist to be their companions. Their request for assistance is really an invitation to us to join their quest for a fuller life.

We see this paradoxical reversal of roles more clearly in the primary mode of Vincentian service, the home visitation, where the giver turns into a guest and recipient. To quote the Swiss church historian Tobias Brandner:

The respect, the dignity and the value conferred to people when a visit turns them into hosts elevates and empowers them. Empowerment happens because the common distinction of giving and receiving is turned upside down. The visitor, supposed to be the one who gives, turns into a guest and recipient. The supposedly powerless recipient of charitable aid turns into the host.

Saint Vincent de Paul was converted by the poor. I am pretty confident that this would have been the experience too of St Louise de Marillac, Rosalie Rendu and Frederic Ozanam. And ours too.

Mario Trinidad grew up in the Philippines and later studied social work at Flinders University, where he is a part-time lecturer. He is chairing the panel: No such thing as the voiceless: Creating space for our Companions to speak at Congress 2017.

Dr Hugh Mackay: the state of the nation starts in your street

On the NSW south coast - Wollongong