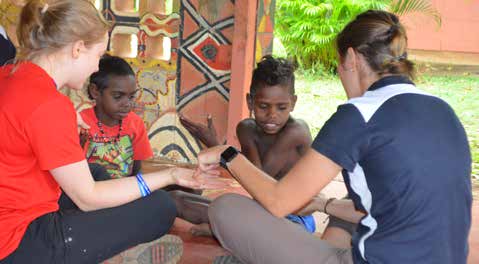 It was a 20-something year old youth, Frederic Ozanam, who founded the Society in 1833. Fast forward to 2017, and 20-year-old Ashley Carvalho is similarly passionate about meeting up with and connecting with others.

Ashley was set to continue studying law and politics at the University of Notre Dame in Perth when she went on a religious retreat early this year.

The committed Vincentian has been involved with home visitations since she was 18 and is a youth leader at her local Catholic Church parish.

Such is her dedication to her faith that after attending the Disciples of Jesus retreat in January, she decided to put her law and politics studies on hold for a year, and instead study at the Acts 2 College of Mission and Evangelisation. 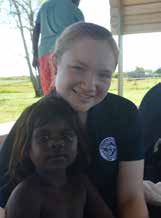 ‘I do a lot in terms of youth ministry,’ she says.

‘I thought it would be good to take time off to learn more about the theory and theology of Catholicism, as well as the practical side of running youth groups and working with children.’

This winter Ashley will be involved with her fifth kids’ camp run by the Society, which has a Star Wars theme. It will include dressing up as a character from the popular movie franchise and, more importantly, acting as a spiritual adviser.

Ashley is the oldest of three children, and is clearly passionate about building connections with children and supporting teenagers.

‘I think every child deserves the opportunity to be able to have fun, make friends and not worry about anything too much,’ she says.

‘Young Vinnies camps provide them with that.’

In April Ashley was involved with overseeing activities for Aboriginal children at a remote location in the Northern Territory, after securing a spot in the Society’s National Immersion Program. 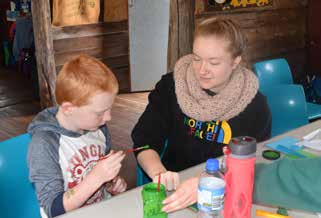 Now in its 17th year, the program involves flying into the small community of Nganmarriyanga in a private aircraft because the wet season makes road access impossible.

This year’s group knew they were in the right place soon after landing, when locals asked if they were ‘the Vinnies mob’.

‘The whole reason for the Society being invited back each year is that it’s really hard for the kids to get out. Because the roads are so blocked. Because it rains so often,’ Ashley explains.

She completed a semester at Parahyangan University, in Bandung, Indonesia through an agreement the University of Notre Dame has with the institution.

While there, a connection with an international group known as the Young Christian Workers allowed her to meet people involved with setting up a union for the factory workers.

‘It made me realise how important it is to stand up for human rights and dignity,’ she said.

When she completes her university studies, Ashley would like to work in the areas of community development and international relations.

The Society into the future – youth