The Australian Catholic Bishops’ social justice statement ‘Everyone’s Business’ urges people to ‘Join public and media debate—raising your concerns, challenging views that scapegoat or condemn the vulnerable, and imagining a new inclusive economy where the needs of the last are put first’.

As nearly every Vincentian will know, for many years the levels of Newstart and Youth Allowance have been too low for people to live with dignity. At the same time, the number of jobs continues to decline, particularly in regional and rural areas. This is a time when we should be looking for new, more inclusive and fairer solutions. Unfortunately, the government has often taken the easy path of scapegoating and harassing people who receive income support rather than addressing the underlying structural problems. The recent Social Services Legislation Amendment (Welfare Reform) Bill 2017 is an example of this process. 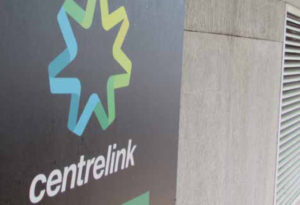 One of the Bill’s provisions was a trial of mandatory drug testing for people in receipt of Newstart and Youth Allowance. This feeds into the negative stereotype of people receiving income support. The facts are that most people on income support do not use illicit drugs. Also, the overwhelming evidence from the medical profession is that random drug testing does not help people with a drug addiction. If mandatory drug testing is passed into law, not only will people be negatively stereotyped, but thousands of people will have to endure the stigma of a drug test for no good reason.

To alert people to the facts, a briefing paper entitled ‘Drug testing income support recipients’ was prepared for the St Vincent de Paul Society website. You can access the briefing paper at http://bit.ly/2zsumVj. Dr John Falzon has given several media interviews about the briefing paper and it was distributed widely on social media, both Facebook and Twitter. It also featured as part of the campaign to urge senators not to support the passage of the Bill. We are aware that journalists have accessed the briefing paper before filing reports.

We plan to produce similar briefing papers in the future to assist members in understanding issues around social policy and hence to more fully enter the public debate. Often social policy is difficult to understand, not only because it is complex but because of the scapegoating and misinformation that has become commonplace in our political debates. We hope to provide resources that everyone can use to help them navigate these complexities. One of the next briefing papers we will be preparing focusses on the Cashless Debit Card. If you have suggestions for other briefing papers that you would like to see on the website, please let me know on media@svdp.org.au.