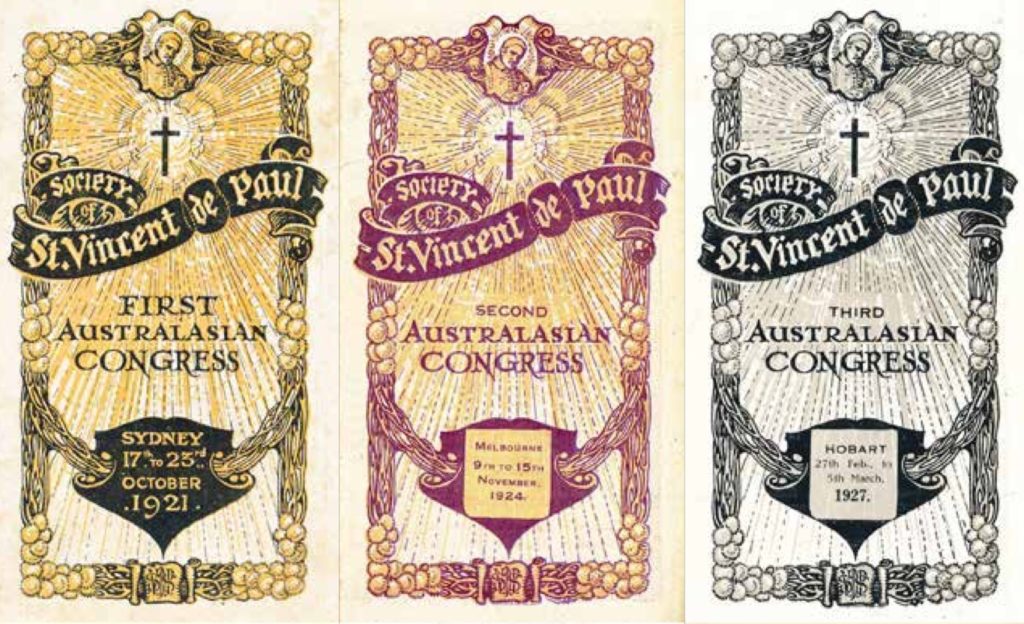 From 1921 to 1954 national congresses were a regular occurrence in the Society’s calendar. Then they stopped. More than 60 years later, the future of the Society is set to be shaped by the 2017 Adelaide congress.

In the last century there have been 10 congresses held by the St Vincent de Paul Society. The first of these was in Sydney, in 1921. The last one, also held in Sydney, was in 1954.

Others were held in Melbourne, Brisbane, Hobart and Adelaide.

‘While they were usually church related, consisting of visits to monasteries, schools and orphanages, attendees also took in tourist attractions.’

Papers and discussions focussed on the Society, its works and the spiritual life of its members, rather than on social issues or policies.

‘There were no papers between 1921 and 1954 on what we would call social justice issues or Catholic social teaching. ‘Catholic Action’ popped up occasionally, but as a matter of religious zeal rather than social reform,’ Moran adds.

At the first two congresses, in 1921 and 1924, visitors were put up by
local members in their own homes. By the third congress, in 1927, this had started to change and visitors stayed in hotels.

Why so long since our last national congress? And why hold one now?

Frank Brassil, National Treasurer of the St Vincent de Paul Society, says it is not the changes in the past 60 years or so that call for a national congress – it is the challenges that are coming, both for the Society and for the world in which it works.

‘The key challenge for the Society is to retain its essential charism as a lay Catholic organisation fundamentally based on a Conference model, closely linked to the core values of Catholic faith and living the principles of Catholic Social Teaching,’ he says.

The Society is now a broad and diverse organisation with a huge range of volunteers and thousands of staff, all of whom have a legitimate contribution to make to the future of the Society.

Equally, there are many thousands of people who volunteer at Centres and Special Works who are not Conference members, who make a wonderful contribution to this large, diverse and truly extraordinary Society.

‘It is clear that we face critical challenges in sustaining the Society over the next 20 years and the people who should be most involved in determining the future of the Society are its members,’ Brassil adds.

‘That is what a congress is for – to enable members to come together
to address important questions. I am confident that much good thinking and many good ideas can arise when Vincentians from many different places and backgrounds come together.’

Renewal: Why we need to have a congress in October