As part of living out its motto ‘In giving we receive’, Immaculate Heart of Mary Catholic Primary School at Sefton, in western Sydney, has initiated a Mini Vinnies group. 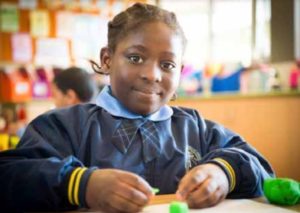 The group consists of students in Years 4 to 6 who are willing to give up their own time to attend meetings and be involved in social justice initiatives throughout the school, such as the St Vincent de Paul Society Winter Appeal.

Immaculate Heart of Mary is part of the Catholic system of schools in Sydney who pride themselves on providing a quality education for students in a pastoral and caring environment.

Principal John Kennedy is very excited about the school year.

‘We have such an enthusiastic community of students, staff and parents who are willing to get involved in the school and its events. I look forward to our students participating in a wide range of educational, sporting and cultural experiences during 2017,’ he said.

‘Many parents expressed that they were attracted to our school by its size and the warm welcome that they have received. This is seen as a very positive aspect of our school, coupled with the values and respect that the school teaches.’

This story originally appeared in The Canterbury Bankstown Torch and is reprinted here with permission from the editor.

Image caption: Immaculate Heart of Mary Catholic Primary School students give up their own time to be involved with social justice initiatives.

A history of social security in Australia

Co-creating the future of the St Vincent de Paul Society