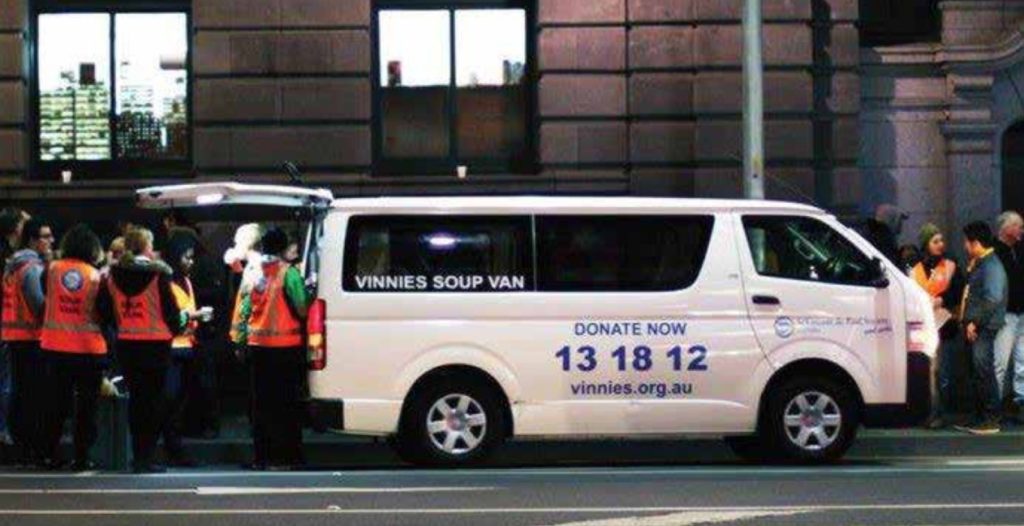 Passionately written and frequently blunt, the Power and the Poor Box: Inside Vinnies, is full of thoughts by social justice journalist Cliff Baxter, on what the Society needs to be, in order for it to maintain its relevance to those it serves.

Some of these relate to differing views over whether the Society should be known as a welfare organisation only, or one that also gets involved with social justice advocacy.

‘The Society’s future is not as a hand-out ‘welfare’ organisation, filling in the social gaps ignored by our national government, but as a spiritual organisation that can confirm and restore human dignity,’ Mr Baxter, also a former editor of The Catholic Weekly, maintains in his yet-to-be published, early 2000s book.

‘It can facilitate their discovery of the ability they have to change unjust social structures, and to find their rightful place in the community hitherto denied to them by those who hold the power.’

Fast forward to 2017, plans are underway for a congress in Adelaide in October, where there will be ample opportunities for attendees to discuss their views on achieving a positive vision for the Society’s future.

Catering for up to 200, attendees will include regional council presidents, and a strong contingent of the Society’s youth and staff. Participants will be invited to collectively analyse organisational challenges the Society faces, particularly in relation to membership.

Each person who comes will bring with them, their own personal take on how the Society’s work is and should be done.

For Bernie O’Brien, regional president of the St Vincent de Paul Society’s Sunshine Coast Conference, a congress like this, the first of its kind in more than 60 years, ‘allows us to see what others are doing, enabling us to learn from them.’

‘Equally, the Congress will undoubtedly provide opportunities for interaction, learning and debate,’ he adds.

For Leo Woodman, Regional President of Broken Hill, in the far west of outback NSW, networking is crucial.

‘Aside from finding out what others are doing, we learn from their mistakes, and are open to new ideas and the possibility of changing the way we have always done things,’ he said.

A key aim of the Congress is for attendees to return to their work with a new take on navigating the changing nature of social injustice, emerging manifestations of poverty, inequality, loneliness and exclusion.

In this edition of The Record, we invite you to read about challenges facing regional presidents in Broken Hill, where isolation is all-pervading; in the outer northern Adelaide suburb of Elizabeth, where an entire industry is winding up; and at Queensland’s Sunshine Coast, where low income people often struggle to find suitable accommodation in an area driven by tourism.

The Society’s South Australian State Premier Brian Spencer reminds us the world around us is changing, ‘and we need to reconsider the needs of the people we serve and how we serve them.’

We are also inviting all of our Society’s members to take part in a short survey ahead of the Congress (find out more about the survey). This will help organisers ensure we make the best use of our time together in Adelaide.

The Congress will be an opportunity to reflect on our own identity, mission and structure. It will also, however, be a time of analysing the new forms of poverty, inequality and marginalisation that the Society is called to address, which is why we have also devoted some space to these matters in this issue.