Hansen Menezes became involved after hearing about the program’s effect on a man suffering from bipolar disorder. 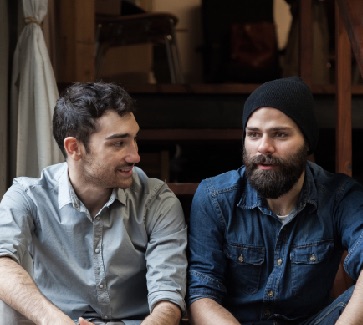 The simple virtue of being kind can heal a mind.

This is what I have learned from my experiences in community related services.

I was speaking recently with a person who suffers from a bipolar disorder. He had become socially isolated when he lost his job in the 1990s and was struggling to find meaning in his life. Five years ago his health professional referred him to a ‘friendship program’, which has since given him a new lease on life.

‘My life has changed for the better’, he told me.

‘I feel much younger and I want to live longer. The program matched me with a friend with common interests, and has helped in building long-term robust relationships.’

The program is called Compeer.

Internationally recognised as a valuable adjunct to traditional medical and rehabilitation treatment, the program matches volunteers with people who have become socially isolated due to their mental illness.

Now I was keen to learn the other side of the story, that of a volunteer. One of the volunteers I spoke to has been with this program for three years and is relishing every moment of it. This was his first community-based volunteering experience and he professed that this program changed his life for the better. It has widened his narrow view of the world, he said, adding that he was able to learn the real meaning of the word empathy.

‘My friend is a friend, nothing special,’ he recounted. ‘He is like my other friends; I see no difference and I don’t see his mental illness as being a barrier in any way. He is just a normal human being who needs love and kindness. In fact, every human being needs it. We might act tough and be a hard person on the outside, but everyone wants to be loved and to be looked after. Our friendship started through our common interest of playing cricket and now we play season-long games together at a local club.’

I don’t see his mental illness as being a barrier in any way. He is just a normal human being who needs love and kindness. In fact, every human being needs it.

It is fascinating when two strangers become friends through a simple program which is designed around the qualitative rather than the materialistic aspects of life. Compeer’s mission is to improve the quality of life and self-esteem of adults with a diagnosed mental illness, through one-to-one friendship with a caring volunteer. It promotes social inclusion and the reduction of stigma through friendship, which is built around mutual trust, respect and understanding.

The program recently marked its 20th anniversary with a gala lunch.

Ms Lucas noted how the program had flourished over the past 20 years. ‘Our first friendship matches in Australia took place in 1997 when we set up 10 friendships’, she said.

‘Right now we have 190 friendship pairs, plus 155 individuals in the Alumni Program across Western Sydney, Northern Sydney and Sydney City South East.’

To take part in the program, volunteers need to be over the age of 18, and able to spare four hours a month for 12 months. Training and ongoing support from the Compeer team and health professionals are provided.

If you are interested in becoming a Compeer volunteer, please get in touch with the team on 02 9568 0295 or compeer@vinnies.org.au. For details visit compeer.org.au.

Hansen Menezes is a freelance writer.

This is an edited extract of an article that was first published by Indian Link (www.indianlink.com.au/friendship-and-mental-health/).

More than 730,000 children live in poverty in Australia